Conor McGregor has issued a stark warning to Dustin Poirier ahead of the pair’s fascinating rematch at UFC 257. Famous for his ‘Mystic Mac’ predictions which have preceded past fights, McGregor is backing himself to stop his opponent even faster than the first time they met.

‘The Notorious’ needed just a minute and 46 seconds to see off Poirier at UFC 178 back in 2014, and is searching for an even quicker knockout in Abu Dhabi on January 24. In the run-up to fight week, the Irishman said:

“I like Dustin. I think he’s a good fighter. He’s even a great fighter. But great is still levels below me. I’ll knock Dustin out inside 60 seconds.”

Given he only needed 40 seconds to dismantle Donald Cerrone on his last outing at UFC 246 almost exactly a year ago, there are many who won’t be betting against MgGregor’s latest prediction. However, Poirier has been the more active fighter in recent years, and has improved as a mixed martial artist since this pair last locked horns.

‘The Diamond’ struggled to get to grips with MgGregor’s movement last time round, but his experience over the past few years has been invaluable. Poirier’s last six fights have been against Dan Hooker, Khabib Nurmagamedov, Max Holloway, Eddie Alvarez, Justin Gaethje and Anthony Pettis.

That’s some roll call, with the Diamond invariably shining and winning five of those bouts. His sole loss came against Khabib, who still holds the lightweight title despite announcing his retirement following victory over Gaethje at UFC 254 in October.

However, UFC boss Dana White has stated that McGregor v Poirier will not be for the belt. The winner of this contest is set to face the highest ranked contender in the 155-pound division. That is currently Gaethje, although Charles Oliveira is right in the mix.

In an ideal world for White and the UFC, McGregor beats Poirier this weekend and Khabib returns for an almighty rematch for the belt. White clearly thinks the Notorious is capable of fulfilling his side of the bargain at UFC 257, saying to ESPN earlier this month:

“Believe me when I tell you, the real Conor is here.”

Although an ominous waning for Poirier, the Diamond is on the hunt for blood himself at the Etihad Arena. The Louisiana native feels his first fight against McGregor barely got off the ground, and he wants revenge.

Even if it’s likely to be a ploy to draw McGregor into a dogfight which is likely to favour Poirier, the promise of a violent encounter marks the UFC 257 main event out as a fascinating proposition for MMA fans the world over.

All you need to know about Play Gun Lake Sportsbook

Where You Can Legally Gamble Online in the United States 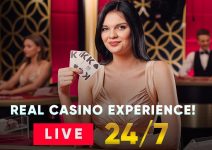 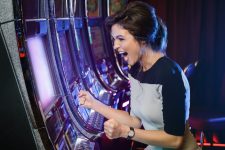