An impressive regular season was capped off with a crucial win on Saturday afternoon for the Pittsburgh Penguins as they clinched their 10th division title in franchise history. They topped one of the most difficult re-aligned divisions and will be eager to get the chase started for their first Stanley Cup triumph since 2017.

Despite clinching the division with their 1-0 victory against the Buffalo Sabres though, they were still awaiting to find out who their first round opponent would be. They knew it would be between the Boston Bruins or New York Islanders, but on Monday evening they got a definitive answer.

The Bruins clinched third place with a 3-2 overtime victory against the Islanders at TD Garden, ensuring a first-round matchup with Alexander Ovechkin and the Washington Capitals. The Islanders who solidified fourth in the division will take on the Pittsburgh Penguins. If they manage to get past the Islanders, they will take on the winner of the Bruins-Capitals series in the second round.

The Penguins will be looking to atone for a disappointing end to the campaign last season in which they were eliminated by the Montreal Canadiens in the qualifying round of the playoffs. They lost the best-of-five series 3-1 and were not in the NHL bubble in Toronto very long.

However, this year the playoffs resemble a little bit more normalcy as it reverts back to the traditional format of four-rounds of best-of-seven series. There is still one significant alteration though as teams will still be forced to play only teams within their division until the Conference Finals.

“I think it’s obviously it’s not a bad thing to know who we’re playing,” said the Islanders’ Matthew Barzal after Monday night’s loss to the Bruins, via NHL.com. “I’m sure we’ll get the day off tomorrow and then start prepping a little bit for our opponent. So yeah, it is nice to know who we’re going against. Again, it’s going to be a war. So like I said, this group’s looking forward to it.”

The Penguins will be looking to avenge their embarrassing playoff exit at the hands of the Islanders two years ago. New York swept Pittsburgh in four straight games to knock them out of contention. It’ll be the sixth time that these two franchises have met in the postseason.

“We liked how our game has grown over the course of the year,” Penguins coach Mike Sullivan said following the final game of the season, via NHL.com. “For the most part, when you look at the last six weeks of the season, we’ve gotten better at our team game. Some of our newer guys are more familiar with how we’re trying to play. I think they’re getting more familiar with their role and contribution to helping the team win. We like the group assembled here. They’re a tight group. They play hard for one another and we think we have sufficient depth here. We’re excited about the opportunity that’s in front of us. We know how difficult it is to win. We’re going to have to go out and earn it each and every single game. We’re excited and we look forward to what’s next.”

The playoffs are scheduled to begin on Saturday night with the Washington Capitals hosting the Boston Bruins. 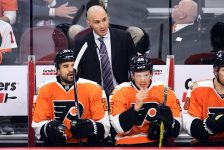 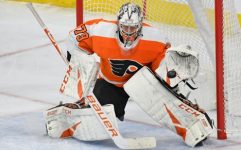 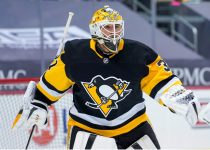 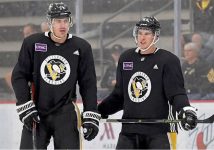