It was not how the New York Rangers were expecting the night to go. Down 2-1 in their opening-round series against the Pittsburgh Penguins, the Rangers were hoping to level the series up heading back to Madison Square Garden for game five. However, Sidney Crosby and company managed to sneak past goaltender Igor Shesterkin before he was replaced by Alexander Georgiev. The game ultimately ended 7-2, sending the fans in Pittsburgh home with smiles on their faces.

“He’s the best goalie in the league. So, I’m going with him,” Rangers head coach Gerard Gallant told members of the media following his team’s embarrassing loss on Monday, via ESPN.

It was the second game in a row Shesterkin had been pulled from the game, after being taken out of game three in the second period. Fortunately for him, the next game will be back in New York in front of Rangers’ fans.

“He’s probably real frustrated. It’s a team effort and he’ll be back in there and be ready to win the next game. I’ve got all the confidence in the world in him,” Gallant said. “I’m more disappointed in our team than him. At least three pucks were deflected by him. But we just played a soft game.”

Despite the criticism Shesterkin has been receiving from the media, his teammates have been quick to come to his defense acknowledging the blame does not entirely fall on him.

“We weren’t playing very good in front of him. It wasn’t on him at all,” Rangers forward Andrew Copp said after the game, via ESPN.

However, the Penguins have now scored 14 goals in their last two games against New York and the Rangers know something needs to change quick if they are going to have any chance of coming back in the series.

“Total team disappointment There wasn’t much commitment to playing defense tonight,” Gallant said. “We played soft. Soft all over the ice. That’s the biggest difference.”

The Penguins have been around the block enough times though to know that the series is still far from over and that the final victory is likely going to be the most difficult to achieve.

“We know we have a lot of work left (to do). You’re going to see the other team’s best the next game,” said Pittsburgh captain Sidney Crosby after his team’s win on Monday, via ESPN.

The good news for the Penguins though is that they now have home ice advantage and that even if they do lose game five in New York, they will have an opportunity to return home to play game six at PPG Paints Arena where the Rangers have not been able to keep up with them.

“We have a veteran group in there and these guys have been through this a lot,” Penguins head coach Mike Sullivan said, via Sportsnet. “So I think everyone understands the position that we’re in and we’ve got to go out and earn the next one. That has to be our mindset.” 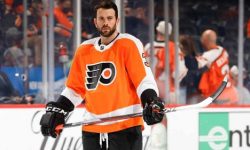