It has not been an easy season by any stretch of the imagination for the Pittsburgh Penguins, who have had to deal with a plethora of issues, including navigating around the Covid-19 pandemic. However, one of the biggest losses they have been dealing with is that of Russian superstar Evgeni Malkin. The 35-year-old has yet to play a game for the Penguins this season, but that could change this week.

“No, not Sunday, for sure,” Malkin told members of the media on December 29th, when questioned about his possible return to the ice, via NHL.com. “I can’t say 100 percent when I’m back. I hope like next week, maybe 10 days. But it’s [an] almost close process. Last days, couple practices with [the] team. Coach [gave] me a couple times, like [playing] power play with [the] guys.”

Malkin initially rejoined the Penguins in practice on November 29th after undergoing offseason knee surgery, but didn’t begin to take full contact in practices until recently. He has looked good in practice though and is expected to slot back into his normal second-line center spot when he returns to action.

“Every day, I feel it’s better and better,” Malkin said. “Last six months, it’s not fun. It’s not easy. I was injured, my knee injury. It’s a long process. I had the surgery after last season and it’s slow every day. But now, it’s more fun. Glad to be back with the team. I hope I play soon.”

The veteran has spent his entire career in Pittsburgh with the Penguins, after the franchise drafted him second overall in the 2004 NHL Entry Draft. He has helped the organization win three Stanley Cups and was presented with the Conn Smythe trophy in 2009 for being the most valuable player in the lead up to winning the league’s most prestigious prize.

Despite being in his 16th season with the Penguins and dealing with a knee injury, he isn’t thinking about hanging up his skates anytime soon.

Malkin will certainly be a welcome addition to the Pittsburgh lineup as they continue to battle for a playoff spot in the competitive Metropolitan Division.

“I think ‘Geno’ is looking stronger and stronger with each additional practice,” coach Mike Sullivan said. “[He] deserves a lot of credit for how hard he’s worked to get himself to this point. We’re certainly encouraged by what we see out there.”

It remains to be seen when exactly Malkin will make his season debut for the Penguins, but fans of the club have to be excited knowing that one of the team’s biggest stars is on his way back for the second half of the campaign. 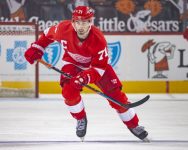 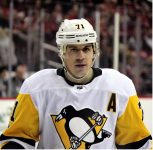 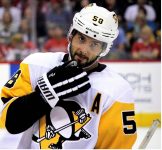