These are undoubtedly exciting times for the US online casino industry, with many states across the country taking advantage of the revised legislative landscape.

With many other regions also looking to jump on the bandwagon, operators must work hard to ensure that their sites feature the latest games.

Maintaining relationships with leading developers is crucial to this, allowing online casinos to attract new customers and retain existing ones.

Barely a week goes by without exciting new games being launched, so read on as we take a look at some of the key developments from the past few days.

Reflex Gaming’s partnership with Yggdrasil Gaming has already spawned some exciting new titles and their latest offering should be a massive hit.

Krazy Klimber transports players back to 1930s Manhattan, where a massive gorilla stands proud towards the top of the Empire State Building.

Players can stake from $0.20 to $100.00 on their chosen device, making Krazy Klimber suitable for casual players and high rollers alike.

The game follows on from Reflex’s hugely successful launch of Desperate Dawgs in March, which has earned rave reviews from players across the US.

Chicago-based GAN Limited has signed a bumper deal with Incredible Technologies to secure the exclusive online rights to the company’s game portfolio.

The agreement covers current and future titles, and is forecast to cover more than 110 different games during the contract term.

The deal is GAN’s second major exclusive content agreement and continues their policy of improving their offering through acquisition.

Incredible Technologies have a reputation for developing some of the most exciting slots around, with their Ultra Rush themed games proving to be particularly popular.

Both companies should benefit massively from the new arrangement which will strengthen their respective positions in the US iGaming market.

Both companies should benefit massively from the new arrangement which will strengthen their respective positions in the US iGaming market.

Wild Streak Gaming’s link-up with Pragmatic Player has spawned another immersive slot, with Lucky Lightning the latest game off the production line.

Features include wild respins, multipliers, bonus symbols and extra games, all of which have the potential to generate bumper jackpot payouts.

The game follows on from the recent releases of Buffalo King Megaways and Dragon Hot Hold & Spin, both of which have been huge hits with slots players. Pragmatic’s portfolio now totals more than 200 top-class games, marking them down as one of the most prolific developers in the industry 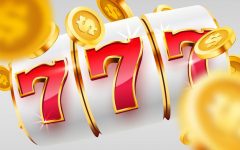 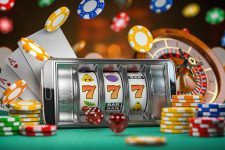