When Tom Brady opted to leave the New England Patriots after two decades and six Super Bowls, many were questioning whether the superstar was thinking logically. He had become the most decorated quarterback in NFL history in New England after the Patriots selected him with the 199th overall pick in the 2000 NFL Draft. It seemed strange he would seek a new home at the tender age of 43.

Brady decided to take a chance though and sign with the Tampa Bay Buccaneers, a team that hadn’t even been to the playoffs since 2007. The last time they had even won a postseason game was when they last claimed the Super Bowl in 2002.

On Sunday, it proved to be the right move as Tom Brady won an historic seventh Super Bowl and his first without Bill Belichik or the New England Patriots.

“This team is world champions forever, you can’t take it away from us,” Brady said in the postgame press conference, via ESPN.

Along with collecting his seventh Super Bowl ring, he was also named Super Bowl MVP for the fifth time of his career after throwing for three touchdowns and 201 yards against the Kansas City Chiefs.

“It’s great to see big-time players making big-time plays,” Brady said. “Just love what they added to the team. Gronk is an unbelievable player, teammate, talent, work ethic and commitment. A.B., since he got here, he’s done everything the right way. So impressed by him, proud of him. It takes a lot of people for us to get to this point. We all have great support systems in place, and I think everybody should be celebrating them tonight.”

Brady didn’t just come to Tampa Bay to play either, he also helped the club recruit some massive pieces to their Super Bowl-winning puzzle. He convinced long time Patriots teammate Rob Gronkowski to come out of retirement and join him in Tampa Bay. The tight end had two touchdowns against Kansas City while setting a record in the process. Brady and Gronkowski have now combined for a total of 14 playoff touchdowns – more than any quarterback/receiver combination in NFL history.

“It’s hands down one of the greatest accomplishments in sports history,” said Gronkowski of his and Brady’s achievements in Tampa Bay, via ESPN. “I mean, I’m not going to say it’s the greatest, but it’s up there for sure.

“To come down here to Tampa, come to an organization that was ready to win, come down here with the players — they’re all fantastic players, great guys — just everyone overall, the story is unbelievable and it definitely ranks up there with one of my biggest accomplishments ever.” Despite turning 44 years old in August, Brady already went on the record last week to state that he can see himself playing past the age of 45. It remains to be seen whether he will change his mind now that he won a Super Bowl with the Buccaneers, but regardless he will be discussed as the greatest quarterback in league history for years to come. 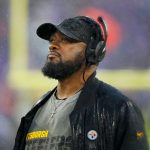 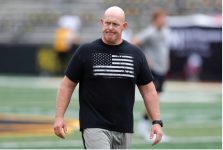 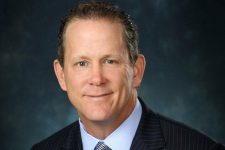