The Jacksonville Jaguars hired Chris Doyle on February 11th to be the organization’s director of sport, but the appointment faced immediate backlash and Doyle was forced to resign just a day later. Doyle has been accused of making racist remarks and bullying players during his time as a strength and conditioning coach with the University of Iowa.

Doyle had worked at the University of Iowa as a strength and conditioning coach from 1999-2020, until a separation deal was reached between the school and the coach as a result of multiple black players speaking up against the 52-year-old.

“Chris Doyle came to us this evening to submit his resignation and we have accepted,” A statement released by the Jaguars on Friday night read, via ESPN. “Chris did not want to be a distraction to what we are building in Jacksonville. We are responsible for all aspects of our program and, in retrospect, should have given greater consideration to how his appointment may have affected all involved. We wish him the best as he moves forward in his career.”

Jaguars’ head coach Urban Meyers had made it abundantly clear that the Jaguars were aware of Doyle’s controversial past, but they were hoping it wouldn’t become an issue going forward.

“I vet everyone on our staff, and like I said the relationship goes back close to 20 years and a lot of hard questions asked, a lot of vetting involved with all our staff,” Meyer said on Thursday when the hiring of Doyle had just been announced. “We did a very good job vetting that one.

“I met with our staff and I’m going to be very transparent with all the players like I am with everything. I’ll listen closely and learn and also there’s going to have to be some trust in their head coach that we’re going to give them the very best of the best and time will tell. The allegations that took place, I will say [to the players] I vetted him. I know the person for close to 20 years and I can assure them there will be nothing of any sort in the Jaguar facility.”

Doyle has always denied the allegations made against him, but he was still put on administrative leave by the University of Iowa on June 6th. As part of the separation agreement with the school, Doyle was paid 15 months’ salary, $1.1m. According to ESPN, Doyle was the country’s highest paid strength coach.

The Jaguars must now move on through a busy a offseason, as they look to continue their re-build. Jacksonville had the worst record in the entire National Football League last season, finishing with just one win. They had lost 15 consecutive games to end the campaign. Due to their failures throughout the 2020 season, the Jaguars hold the coveted first overall pick in the 2021 NFL Draft. They have made the playoffs just once in the last 13 seasons and are desperate to try to get back to winning ways. 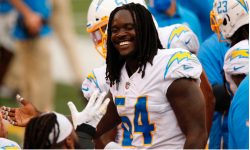 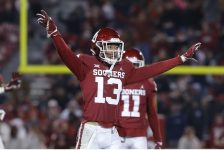