When former Miami Dolphins head coach Brian Flores launched a lawsuit against the National Football League, the Dolphins, the New York Giants, and the Denver Broncos alleging racial discrimination in their hiring practices, many believed his career in the league was over. Much like the Colin Kaepernick situation, the fear was that the coach would be ostracized and unable to find work again.

However, that wasn’t to be the case, as the 41-year-old was almost immediately hired by the Pittsburgh Steelers as a senior defensive assistant and linebackers coach.

“I just didn’t want him to feel like he was on an island,” Steelers head coach Mike Tomlin told members of the media on Sunday from league meetings, via ESPN. “From a coaching fraternity standpoint I owed him that. I was in position to provide that. I think that started our interactions and conversations.”

Tomlin explained how calls of advice quickly turned into a job offer:

“Over the course of those discussions, particularly when it became evident he was not going to get a head job, then I think the natural discussion began,” Tomlin said. “It really ran its course rather quickly, to be quite honest with you. Because it doesn’t require a lot of time to come to the realization that you can use a Brian Flores on your staff.”

Prior to joining Miami in February 2019, Flores had worked under Bill Belichick with the New England Patriots. He won four Super Bowls with the organization in a variety of roles, including as a linebackers coach.

“Senior defensive assistant and linebacker coach is his title, but there’s help that he’s going to help us and help me, in particular,” Tomlin said. “I love sharpening my sword on his and gaining a perspective that his experiences provide, that wise counsel.

“We’re talking about a myriad of things. Whether it’s calendar, whether it’s taking care of players, whether it’s the acquisition or evaluation of talent, it’s been fun to have him. His contributions are going to be significant.”

Tomlin was excited to have Flores join his staff because of his vast experience and knowledge, but also because it proves that the Steelers are willing to hire individuals who are looking to make a positive change – despite the potential controversy it may cause. Although, it’ll be interesting to see whether Flores or the lawsuit becomes a distraction for the team.

Tomlin was named head coach of the Steelers in 2007 and has been in Pittsburgh ever since. He has never had a losing record in his 15 seasons with the organization, which is the longest such streak currently in the NFL. He has led the Steelers to one Super Bowl as head coach, but also won a Super Bowl with the club as an assistant coach in 2002. 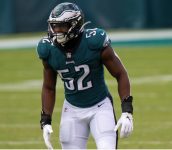 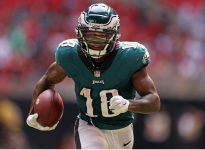 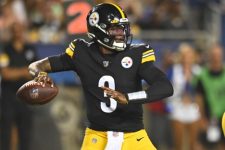 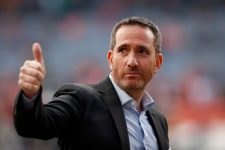