The Philadelphia 76ers have been one of the hottest teams in the entire National Basketball Association to start the 2020-21 campaign. They sit atop the Eastern Conference, with a stellar 15-6 record after their first 21 games of the season. What’s even more impressive is that four of those six losses came without their superstar Joel Embiid in the lineup.

The 76ers had failed to win once this season without Embiid playing, until Sunday. Philadelphia picked up an important 119-110 victory against the Indiana Pacers on the road. Tobias Harris led the way with 27 points and eight rebounds in 30 minutes of action.

“I think for a lot of reasons this is a big win,” said Philadelphia’s Matisse Thybulle following the win, via ESPN. “To be down and come back, to win on the road, to win without Joel, I think a lot of those reasons come together to make this a big win. I think we all feel pretty good having won it because we all know how bad a feeling we would’ve had if we lost.”

Embiid is technically playing in his sixth NBA season, after being drafted third overall by the 76ers in 2014. However, he missed his entire rookie season with a broken navicular bone in his foot. While he has helped guide Philadelphia to three straight playoff appearances, the club has not gotten nearly as far as they would have liked to and were swept in four straight games by the Boston Celtics in the opening round inside the NBA bubble this past summer.

The team hired legendary coach Doc Rivers in October though and have been one of the biggest surprises of the NBA season thus far.

“Just taking them out of rhythm,” Rivers said of his team’s zone defense, via ESPN. “It was great, like guys bought into it and zone is so interesting, especially in the NBA, because of the short shot clock. When you get a couple of stops, it starts becoming more mental to the other team.

“But, yeah, I just wanted to knock them off rhythm. I thought they had such great rhythm against us for those [first] three quarters. Running it toward the end, it was fantastic.”

Embiid missed Sunday’s game due to lingering back tightness after suffering from a hard fall in Philadelphia’s midweek win against the Los Angeles Lakers. Embiid managed to play on Friday against the Minnesota Timberwolves and put up an astounding 37 points, but was still having issues with his back.

The team picked up the win without their perennial All-Star though, which is a great sign for the club going forward.

“Just winning mentality,” Harris said of his thought process in the fourth quarter, via ESPN. “I knew that I was out there, and I was out there today to get buckets to help our team win. We started calling a couple sets for me to get on the block to go to work, and I just was taking advantage of the moment and opportunity.

“And as we were able to cut it back down, it opened up the floor for other guys too, and you know Furk was able to make some big shots and some big plays.”

The 76ers will be back in action on Wednesday evening against the Charlotte Hornets, with the game tipping off from the Spectrum Center at 7 pm ET. 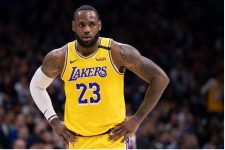