The Philadelphia 7ers have been easy to criticize in recent years for their inability to perform in the playoffs when the games matter the most. Since the team drafted Joel Embiid with the third overall pick in the 2014 NBA Draft, the 76ers have never gotten past the second-round of the playoffs or have been considered legitimate NBA championship contenders.

That seems to be all changing this year though.

After a difficult night in San Antonio against the Spurs on Sunday night that saw them blow a late lead only to recover and win in overtime, the team was forced to fly to Chicago immediately after the game as they had an important contest against the Bulls at the United Center on Monday. Back-to-back games are never easy, but they are made even more difficult when they include a lengthy flight to another city. The travel didn’t seem to affect Philadelphia too much though as they put in another strong performance and earned an important 106-94 win.

What makes the feat even more impressive is that they also managed to get the job done against the Rockets in Houston on Wednesday. It was their third victory in four nights, while playing in three different cities.

Ben Simmons came up clutch late in the game against the Bulls to seal the victory for the 76ers, with a steal and then a dunk as he continues to show the league just how good he is. His head coach certainly took notice as he preached to the media following Monday’s contest that Simmons is the best defensive player in the league.

“Again, you don’t see me campaigning and I’m not going to, but I’m just gonna say it again, there’s not a better defender in this league,” said Doc Rivers, via USA Today. “That last side out of bounds play, they ran a great action, Ben blew it up completely, they couldn’t get the ball in, he gets a steal, and the game’s over.”

Simmons has proven throughout the season he is capable of guarding anyone on the opposing team, an asset that Rivers knows will be critical come playoff time.

“I don’t know how many times he’s done that,” Rivers added. “We’re talking about ultra-quick guys, we’re talking about big guys. His ability, his strength, I think is what surprises most of the guys that he’s guarding. He’s just been really good for us.”

The 76ers currently sit alone in first place atop the Eastern Conference standings with a stellar 45-21 regular season record. The talent always seemed to be there, but Philadelphia struggled to make it work prior to Rivers’ arrival during the offseason. He told media he never put too much thought into what the perceived relationship was between Simmons and Embiid before he got there.

“Their biggest issue, not just with them two, as a team, it’s good they win and obviously, now they believe they can,” Rivers added. “To me, that’s always usually the issue with most teams. When guys have a bunch of talented guys and if they can win together. That was, I guess, a bit of a pleasant surprise, there’s no personnel issues or anything like that. That’s an awful nice thing to not have.”

76ers’ fans will be relieved to see that Embiid was able to start all three games and that he was able to put up such impressive performances. Despite only playing three quarters in Houston on Wednesday, he still put 34 points, 12 rebounds and 2 assists in the 135-115 victory.

Philadelphia now have six games left to finish out the regular season before they get the chance to prove they are the real deal in the playoffs. 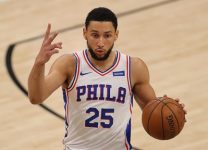 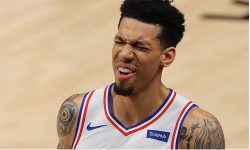