The Philadelphia 76ers have begun the campaign full of ups and downs, with the Ben Simmons drama still not concluded. However, the play of 24-year-old Matisse Thybulle has been one of the real bright spots for the team. He only averaged 20 minutes per game last season, but still managed to be named to the NBA All-Defensive Second Team.

Everyone knows what Thybulle brings to the court defensively as he can impact a game like few others without contributing anything offensively. But when given the opportunity, Thybulle has proven he can get the job done on both sides of the court. His ability to perform with the ball is something his teammates would like to see more of.

“Offensively is what surprised me,” said teammate Danny Green of Thybulle, via USA Today. “I love seeing him put it on the floor and being a little bit more aggressive going to the basket, but defensively, he gets deflections, gets into people, blocking shots, we’re gonna need that from him from here on out. Especially with guys down, hopefully, he’s still being active and healthy, but you never know.”

The youngster was effectively drafted 20th overall by the 76ers in the 2019 NBA Draft after Philadelphia completed a trade with the Boston Celtics to secure his services. He has made a name for himself across the league as an elite defender, but could be more than just that.

“Most of the time, I talk to him on the defensive end, a lot of the times,” Green continued. “It’s human nature, it’s what we do, it’s what we bring to the table, but offensively, I try to for sure, talk to him. More so than anybody else because he’s still young. I want him to grow and be a complete player. Not that he’s not, but I want him to not short himself and put himself in a box.”

His coaches have also noticed his ability to produce offensively as they understand how much it could help the team going forward.

“What I’ve talked to him about offensively is go ahead and crash,” said acting head coach Dan Burke, via USA Today. “Be a cutter, keep working on those corner 3s, but I think right now, if you think you can get your hand on the ball when we’re shooting the ball, do it. You better get your hand on it, though, and keep it alive.”

The 76ers were eliminated in the second round of the playoffs last season by the Atlanta Hawks and are desperate to get back to an NBA final. Thybulle could be a huge help in reaching that objective.

“He got two offensive rebounds in Brooklyn, one of them led to a 3, and if he contributes like that and keeps getting confidence in that corner 3,” Burke continued. “He had one corner 3 last game that went in, I thought that thing was down, but it came back out. There’s so many ways he can help your team win and that’s what each guy has to focus on.” 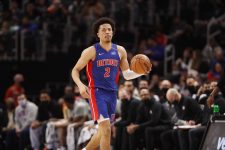 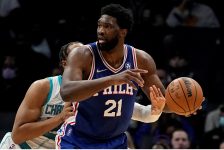 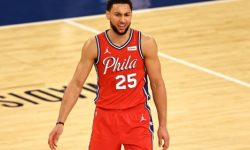 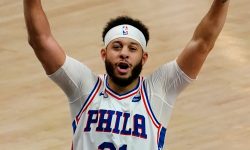