After months of reports that he would not join the Philadelphia 76ers training camp, Ben Simmons proved he was telling the truth on Monday when he didn’t show up for the first day of training camp.

“We are disappointed he’s not here,” 76ers president of basketball operations Daryl Morey told members of the media on Monday, via Yahoo Sports.

The fallout between Simmons and the 76ers happened after the team were eliminated from the NBA postseason in the second round by the Atlanta Hawks. Despite finishing the regular season atop the Eastern Conference with an impressive record of 49-23, the 76ers fell short when it mattered most. They have failed to make it past the second round of the playoffs since 2001 and are desperate to get back to the NBA final.

76ers head coach Doc Rivers has made it clear that the team want their star point guard back, but the damage seems to have already been done.

“We’re going to always do what’s best for the team,” Rivers said last week, via MSN, “But I can tell you up front, we would love to get Ben back. And if we can, we’re going to try to do that. Ben has a long contract. It’s in our hands, and we want him back.”

When asked if he had spoken to the player yet, Rivers said that he is going to try his best.

The problem is that Rivers didn’t seem to have much faith in his point guard following the 76ers’ elimination to the Hawks last season. When asked after the loss whether he believed Simmons was a championship level point guard, his response was not very convincing.

“I don’t know the answer to that,” the coach said at the time.

Philadelphia have had opportunities to trade the 25-year-old, but their asking price remains quite high. According to Keith Pompey of the Philadelphia Inquirer, the 76ers were asking for Andrew Wiggins, James Wiseman, the No 7 and 14 picks in this year’s draft (Jonathan Kuminga and Moses Moody) and two additional first-round picks from the Golden State Warriors in order to complete a deal. Golden State were unwilling to pay such a high price tag for a disgruntled player who many have questioned in recent months.

Multiple 76ers players were ready to fly out to California to talk to their teammate and convince him to come back, but they were told not to bother by Simmons.

“This has nothing to do with the organization,” said Danny Green on his podcast, via NBC Sports. “This has to do with us. We just want to meet with him on a personal level, on a human being, friend level. If he still considers us friends, we don’t know if that’s the case yet or not.

“I know he still communicates with some of the guys,” Green added. “I haven’t been in communication with him. But I would love to meet with him and sit down and talk just to see where his head was at. Let him know that we have his back and we want him back and just give him some friendly advice. Just first and foremost as a human being, as a professional.”

It remains to be seen what the future holds for the youngster, but it looks more and more likely it will be away from Philadelphia. 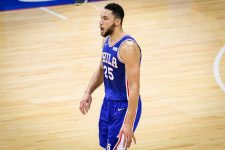 Doc Rivers opens up about rotation

No timeline for Cadde Cunningham’s return 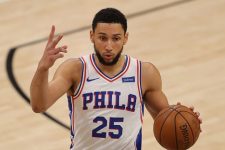 Ben Simmons wants out of Philadelphia 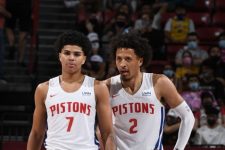