It’s been a difficult campaign for the Pittsburgh Pirates and their fans, but they took a giant step towards the future on Sunday afternoon when they selected Louisville catcher Henry Davis with the first overall pick in the 2021 Major League Baseball Draft.

The Pirates opted not to select Vanderbilt pitcher Jack Leiter or high school shortstop Marcelo Mayer in favour of going with a catcher who has impressed during his time in college. Davis had one of the most powerful bats in college baseball, hitting .370/.482/.663 with 15 home runs and 10 stolen bases, leading his team to a berth in the College World Series. His .482 on-base percentage was the best in the Atlantic Coast Conference.

“Fired up,” answered Davis when asked how he felt, moments after being selected with the first overall pick, via TSN. “Ready to go, ready to get to work. Super excited.”

Davis becomes the first Louisville player ever selected first overall as he aims to become a cornerstone in Pittsburgh’s rebuilding project.

“I want to win, a competitor,” Davis continued. “I’m going to do everything I can to help this organization get where it needs to be.”

MLB opted to shorten the draft last year from 40 rounds to five due to the COVID-19 pandemic, but this year’s event was bolstered to 20 rounds that will be held over three days. MLB commissioner Rob Manfred announced the selections from Denver’s Bellco Theatre, after the draft was postponed from June until All-Star week.

Along with a strong bat, the Pirates will be getting a player with an elite arm. Davis threw out 46% of would-be basestealers and was a finalist for the Buster Posey Award as college baseball’s best defensive catcher.

This was the fourth time in franchise history that the Pirates held the number one overall selection, having last picked first in 2011. They selected Gerrit Cole in 2011, the most successful of all their first overall picks. In 1986, they took infielder Jeff King, while in 1996 and 2002 they selected right-handers Kris Benson and Bryan Bullington.

While Davies does become the first player out of Louisville to ever be drafted first overall, he is the second catcher out of the program in the past five years to be drafted in the opening round. Will Smith was taken with the 32nd pick in 2016 by the Los Angeles Dodgers. Davis is also the second catcher to be selected first overall in the past three years, with the Baltimore Orioles taking Adley Rutschman in 2019 out of Oregon State.

The deadline for players to sign with their new teams is August 1st at 5pm ET. Considering the first overall pick has a high slot value at $8,415,300 it is entirely possible that Pittsburgh has already worked out a deal with Davis to take less money. The Pirates’ total pool for the draft is slated at $14,394,000 and they will need to use their resources wisely if they are hoping to bring in additional pieces to help them during the rebuilding puzzle. 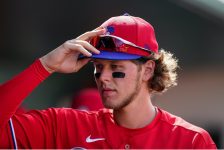 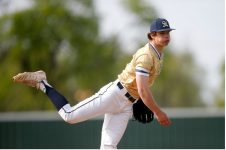 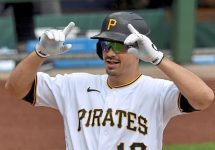